Statement on the passing of Mr. Jim Moncus

We are deeply saddened to share that Moncus Park’s biggest supporter, Mr. Jim Moncus, passed away at the age of 81 today. Mr. Moncus invested in the park’s success very early on, as he understood the impact the park would have on our community, now and for many generations to come. It was obvious that Mr. Jim understood the famous quote from author Nelson Henderson, perhaps better than most: “The true meaning of life is to plant trees, under whose shade you do not expect to sit.”

There are few who succeed in business to the level that Mr. Moncus did, but thanks to his generosity, he turned that incredible success into meaningful philanthropy toward important community projects like Moncus Park. Mr. Jim was the first donor approached with the park’s newly-completed master plan, and at the first meeting, immediately agreed to a large lead gift to get the park started, for which we named the park after him. He later gave a second large donation to the park to fund construction of a new bridge over the Coulee Mine named “Helen’s Crossing” in honor of Mr. Moncus’s mother.

“We should all strive to leave legacies of improvement in our communities like Mr. Moncus did. We will always appreciate his willingness to transform his wealth into a better future for Acadiana. He was truly one-of-a-kind,” said Mr. Lenny Lemoine, Moncus Park’s chairman of the board. Moncus Park’s Executive Director, Elizabeth “EB” Brooks, added, “If you had the pleasure of meeting him, you know that Mr. Moncus was larger than life in so many ways. From his incredibly successful business endeavors after starting from scratch, to his funny and gregarious personality, and now, to the huge projects and important programs that he generously funded through his foundation, the Acadiana region will benefit from his visionary leadership and investments in our community for many generations to come.”

Mr. Jim Moncus will be missed by all who knew him, and our condolences go out to his wife, Mrs. Ruth, and to the rest of his family and friends. Moncus Park will forever honor his legacy and always be a beautiful space in which to remember him. 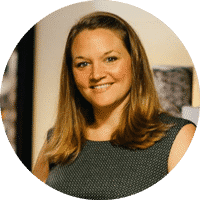 Message from the Director

In the coming years, Moncus Park will fill the hearts of our residents and visitors with inspiration and joy. It will soon be held on the same level as Central Park in New York City, Audubon Park in New Orleans, and Memorial Park in Houston.

We are embarking on one of the largest projects in Lafayette’s history, and we’re grateful that you are a part of it. Moncus Park will bring many opportunities for unique experiences into one location in the heart of Acadiana. Already, the park is a favorite gathering spot for many different users for many different reasons. Children climb the low-hanging branches of the live oak trees. Dog owners religiously bring their furry friends every day after work. Shoppers and chefs frequent the weekly Farmers Market. High-schoolers and college students hang hammocks as a healthier, more social alternative to playing video games or watching television. Neighbors and friends walk, run, or bike loops around the perimeter. And in the most romantic of settings, couples propose and get married here.

We want Moncus Park to continue to serve our community in these ways and many more. While trends come and go, park landscapes only grow to be more beautiful with age, as trees reach higher to fill the sky, and garden blooms grow to be more spectacular. Whether seeking out a place for rest and relaxation, a place to attend dynamic and exciting community event, or a place to make new memories with your families, parks are central to our lives.

The Lafayette Central Park office overlooks the property, with a bird’s-eye view of the many ways people are enjoying the park throughout the day, and across the seasons. I welcome you to schedule a visit one day soon to see the spectacular view and what’s in store for the future.